90 mins
This exciting escape game calls treasure hunters for a pirate adventure second to none.
A long time ago on the Carribean seas sailed the Spanish Galleon, Castoria.
Captained by Zak Barrow and crewed by a gang of murderers & merciless cutthroats.
Plundering ships of all kinds along India’s Malabar coast, Barrow was a Pirate,
one of the most infamous Pirates of all time.
Barrow’s ship Castoria battled with the India Merchant, a huge treasure ship of 350 tons.
In rough seas, the merchant vessel fired but due to a sudden ocean swell, the shot missed its mark.
The pirates threw their grappling hooks, bringing the two ships together.
And rapidly boarded the ship, soon Captain Barrow was in the possession of
one of the greatest pirate treasures ever.
The ship disappeared in 1722 and was not seen again until now!
So me hearties, all hands on deck,
find the clues, solve the riddles, find the treasure,
Then dare to escape, you have 90 minutes
but fail, and remember – dead men tell no tales
Are you ready to meet Zak Barrow, find the treasure and escape the Pirate Ship
show full descriptionhide

based on ratings from 14 users
combined with 8 pro reviews

Fantastic game, especially considering it's over 8 years old. Set is wonderful and the puzzles are great as well

Played: 18 Apr 2022 Team size: 2 Outcome: Successful escape!
beautifulgreat hosting
I’ve always had a soft spot for a good pirate room, and this is a good pirate room!  This is the oldest room at this venue but I found it hard to tell.  The overall puzzle design may feel a little dated (nothing here will probably surprise you but old ideas still have the power to surprise) but they flow well and will test your overall puzzling skills.  The theming and scenery is first rate and all puzzles are on theme.
abooth expert rated this:

Gorgeous set, some unique puzzles and great use of tech. Took us a while to get going but that's because we're objectively bad at searching.

This company gets a lot of love from players which is why we visited.

Its probably the easiest game here and it has a lot of puzzles that were fairly unique at the time of it being built.

A tech puzzles didn't work but the more manual puzzles made up for this failing.

Another fab room from Extremescape! Perfect theming and we loved the story at the start, it really set the scene. We found this one a little easier than the other 2, but enjoyed it still!

Again, a fantastic immersive experience at Extremescape. The puzzles were fun and thought-provoking, decor was incredible, and the hosts were great. Only thing is with it being a 90 minute room, when we escaped with 43 mins left, we thought there was going to be more! That’s down to our own assumptions though. Top 5 room, don’t miss it!

Extremescape is such a lovely escape room company, family owned and created in their house, the owners Graham, Jess and their son are the proud hosts of this fabulous location. We escaped from the Pirate Ship in just over 70 minutes with a team of 4 Escapists. We loved the fact that the escape time limit was 90 minutes, it makes the experience much more immersive and enjoyable. Speaking of immersion, the Pirate Ship is an example to follow with spot on décor and props, SFX, music and puzzles really respecting the piraty theme. We loved the fact that the clues were given by the voice of a pirate or a parrot, never breaking the experience. One thing that Extremescape does well that I don't often see in escape rooms is the introduction room where you have the story told to you before entering the room, helping building up the excitement until the doors open! The Pirate Ship is a really clever room with several surprises along the way. We also liked the fact that to be on the leaderboard, the game is giving you the opportunity to find two gold coins hidden in the room to use for clues. One gold coin in the money jar means one clue, so it ingeniously gives you the feeling that you are in charge of the progression of the room. The gameplay of the game is partly linear, one puzzle means one solution to a padlock which somehow gives you directions on how to proceed in this quite large room. We often got stuck on puzzles that we couldn't yet solve despite thinking that we had everything we needed but we were just focusing on the wrong puzzles. The difficulty would probably be quite high for beginners who are not used to escape rooms but definitely really enjoyable for experienced players. One of the puzzles was a math riddle which was pretty tricky to solve if you don't have a math head in your crew, luckily we had two of them otherwise we could easily have been stuck on that one for quite a while. 🙂 After your escape, you also receive a printed picture of your Escape, it's a really nice touch! The Pirate Ship is a great room and you will be stunned by its immersion and the intelligence of the puzzles. Highly recommend!

Extremescape is perhaps the most remote escape game I've visited, being based on a farm near Disley on the edge of the Peak District, outside Stockport. Arriving by car, you follow a long track between fields to a parking area by the small group of buildings. Incongruously for the inland location, their first game (and the one we tried first) is set on a pirate ship, where you need to find the hidden treasure and get out.
Once inside, the room is decorated with gusto. It's a large room with a h...

Outside the room I first came across Extremescape back in August of last year and was immediately surprised by what they were doing. First, they're in Disley, a village on the edge of the Peak District, not the traditional city/town home of existing escape games. Then they announced that their game was 90 minutes long, rather than the usual
END_OF_DOCUMENT_TOKEN_TO_BE_REPLACED "

It’s very easy to see why Extremescape have the reputation they do. They took a simple theme and made it something special. A great sense of adventure, solid puzzles, and a beautiful build, top marks Extremescape, and thank you!

This room was a fantastic room – although I was a little frustrated throughout the experience, the set is so well done and I was still having fun. I highly recommend taking on this room (although I would also book the others at the same time!)

It’s fair to say we came to this one late. Extremescape’s first room, Pirate Ship, was part of the second wave of escape games opening in the UK, and back in 2015 garnered a reputation among enthusiasts as one of the country’s must-play games. It’s certainly easy to see why, but it’s also fair to say that much of what once made it unique has faded now.

A great quality escape room with lots of excellent theming and 90 minutes of fun, rather than the standard 60 minutes. 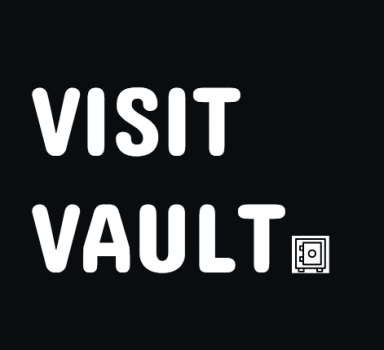