The Mad Hatter is in trouble. Save him from the Queen of Hearts without losing your heads.
Step into Wonderland, where the Hatter has been accused of stealing the Queen’s Tarts. With Alice nowhere to be seen, it’s time for you to fill her shoes.
You find yourself at the Hatter’s cottage. The table is set but no one is around.
A sign on the lawn reads ‘Tea Party Cancelled by Royal Decree’. Curiouser and curiouser…
Find and return the Queen’s Tarts in 60 minutes, or it’s off with the Hatter’s head. Chop chop.
show full descriptionhide

based on ratings from 30 users
combined with 4 pro reviews

Some original puzzles and a beautiful set let down by broken tech. We found the system of solving a puzzle, hearing a bing noise to say we were successful but then having to hunt throughout the room to find out what had opened a little frustrating.

We had a problem with a chain sticking meaning we spent the whole game going through a small gap, we didn’t pull the chain hard as we all know the ‘no excessive force is needed’, the host came in at the end and pulled it really hard to free it, why didn’t they tell us during the game to do this instead of watching us struggle?!

We played as a team of 4 to bring back the pies to the afternoon tea of Alice and her friends. the whole room looks superb and the design of the puzzles and props are absolutely amazing! Our host, Michael was purely amazing as well. Highly recommended.

It was fun and the theming is very good.

Filling In for Alice

This was my first venture down the Rabbit Hole for an Alice in Wonderland-themed adventure. Escape Hunt offer concessions for students and seniors.

Find and return the Queen’s tarts before it’s off with the Mad Hatter’s head, for he has been accused of stealing them.

Interactive, with a far bigger focus on magical mechanics rather than coded locks, which suited this particular room.

Quirky and colourful, the scenery is artfully linked to Lewis Carrol’s novel. It’s compact but this adds to the immersion. An eccentric Hatter provided the odd verbal clue when needed.

We retrieved the Queen’s tarts with 15 minutes to spare. Take no more than 4 people to this challenge, otherwise it’d be too crowded.

reviewed in Oxford
Anonymous rated this:

Probably due to manhandling and overuse, a lot of the puzzles were broken. It was very frustrating to be told, "You're doing it right, just try again" multiple times. This game needs to be closed, repaired and reopened. The game itself isn't a bad concept, but the flaws drag the experience down.

Our favourite of the Escape Hunt games played so far. Gamesmaster was friendly and the Cheltenham venue is open and welcoming. Lovely props, decent puzzles and good links to the Alice in Wonderland story. Only complaint would be that there were some bits were a bit stiff or not in the best condition (one was sticky :->), which is surprising for such a newly opened venue.

Whilst Alice in Puzzleland is available to play at multiple sites across the UK, we chose the closest to London: Reading. During our experience there, we were led by the Cheshire Cat (played by the awesome Games Master Hamish) through the rabbit hole and into the magical world of Wonderland.

Our GM declared we were the best team he had ever seen play this game. But actually...

reviewed in Kingston upon Thames

Overall, a really good game with some lovely game play and well designed props. Escape Hunt Resorts World is based in the middle of a shopping centre which felt very unusual but means there are lots of people and passing trade.
reviewed in Birmingham 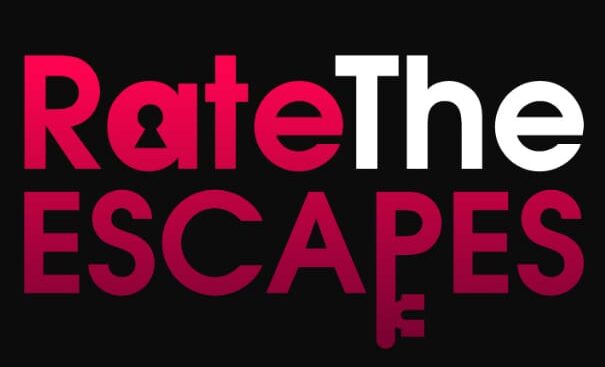 7.2
We headed down to Puzzleland via Oxford to help save the Mad Hatter from Execution! Sinister stuff! See if we managed to find the Queen’s Tarts and what we thought about our Alice in Wonderland themed experience.
reviewed in Oxford